NINO (Leiden) and CRAST (Torino) share important goals of research and publication in the field of Ancient Near Eastern Studies. A five-year cooperation agreement takes effect from 2015. 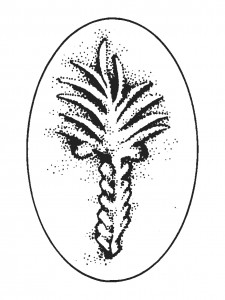 Following contacts and fruitful discussions The Netherlands Institute for the Near East (NINO, Leiden) and the Centro Ricerche Archeologiche e Scavi di Torino (CRAST) have in 2014 concluded a five year agreement of cooperation which takes effect from 2015. The two institutions share important goals of research and publication in the field of Ancient Near Eastern Studies, and will over the next five years endeavour to further these by cooperation on several levels. An important initiative is the joint organisation of yearly workshops, alternately in Leiden and Torino, where scholars affiliated the two institutes and invited guests can exchange results and ideas.

The first workshop, intended to mark the launch of the cooperation and present the main research currently conducted by both institutes will take pace in Leiden in December 2015. The workshop will be announced to colleagues and students of Ancient Near Eastern archaeology and languages in the Netherlands, who are invited to attend at no cost.

CRAST was founded in 1963, and is based in Turin (Italy). It is supported by the University of Turin, local and regional administrations, and the CRT Foundation. CRAST publishes several journals and monographic series. Over the years CRAST has been particularly active in archaeological fieldwork in Iraq, but also conducted long-term projects in Turkmenistan. Most recently the institute has been very active in supporting heritage initiatives in Iraq, including cataloguing and exhibition activities in the Iraq Museum in Baghdad. CRAST has recently initiated two new field projects, in Iran and Iraq (see page on The ASOR Blog).