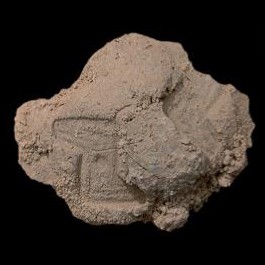 The Neolithic (c. 10,500-6,000 BC) in the Near East marks a key point in human evolution. Communities abandoned their mobile hunter-gather lifestyle in favour of permanent, farming villages. This resulted in significant changes in social structure and subsistence strategies, alongside the development of skilled craft production and complex exchange networks. Evidence for how early villages were managed and how resources were distributed remains inconclusive.

Small geometric-shaped clay objects appear in the early Neolithic. Although recent research demonstrates that many commonly held pre-conceptions regarding their invention and use in the Neolithic are unsubstantiated, several late Neolithic sites across Upper Mesopotamia (e.g. Tell Sabi Abyad, Tell Halaf and Tell Arpachiyah) demonstrate evidence for the beginnings of the use of clay objects as basic accounting tools c. 6,000 BC. Alongside stamp seals and clay sealings, geometric clay “tokens” provide glimpses into the beginnings of accounting activity and private ownership. The development of administration systems is an integral part of wider social and economic developments, enabling the emergence of complex, literate, urban communities in the Near East.

This conference brings together varied specialists to explore how non-literate systems of information storage were used in the Near East from the late Neolithic, and why they persisted into the first millennium BC. The world’s earliest known written script, cuneiform, emerged as the bureaucratic tool of administration in the city-states of south Mesopotamia during the late-fourth millennium BC. Yet crucially, tokens continue to be used as an administrative tool, alongside bullae, seals and written texts into the first millennium BC in Mesopotamia. Did tokens merely replicate the information stored within cuneiform script for the illiterate masses? Were they physical guarantees or receipts to be handled, performing a mnemonic, function in a way that cuneiform tablets could not? The relationship between and social implications of the dual use of written and non-literate administration and information storage devices will be explored via examination of the evidence from Mesopotamia. This will be interpreted in alongside examples of complex, non-written administrative systems from the ethnographic and historical record from various cultures, world regions and time periods.

Presentations will be held in Leiden, at the National Museum of Antiquities.

Measures in view of COVID-19

The conference will run with limited in person participation in Leiden, to allow for reduced room capacity at the conference venue.

Arrangements will be made for delegates who cannot attend in person to attend the conference virtually.

The event will be live streamed online for members of the wider academic community who wish to attend. Details and maximum number of online participants to be announced.