We are pleased to announce the appointment of Willemijn Waal as Director of NINO. She has been appointed for a period of 5 years, starting from 1 January 2020. Willemijn is university lecturer at Leiden University, specializing in Hittite Anatolia. 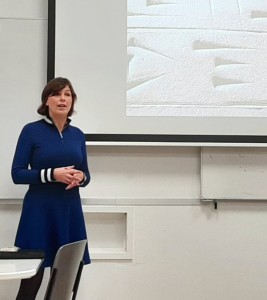 We are pleased to announce the appointment of Willemijn Waal as Director of NINO. Willemijn is university lecturer at Leiden University, specializing in Hittite Anatolia. Her previous positions include Director of Studies of the Leiden Institute for Area Studies (LIAS) and Strategic Advisor for the Faculty of Humanities.

Willemijn received her PhD from Leiden University and her MA’s (Classical Philology and Anatolian Languages) from the University of Amsterdam. Her research centers on ancient writing in the broadest sense: the origins and the materiality of writing, as well as the relations between orality and literacy. She is further interested in cross-cultural contacts between Anatolia, the ancient Near East and the Aegean, in particular the links between classical and Near Eastern epic and literature. Since her PhD (2010) she has held several post-doctoral positions at the University of Leiden, the Ludwig Maximilians University of Munich and the Institute for Aegean Prehistory (INSTAP; Philadelphia), and a visiting fellowship at Cambridge (UK). She is editor of Bibliotheca Orientalis and JEOL.

Willemijn has been appointed for a period of 5 years (2020-2025) and will succeed Caroline Waerzeggers. The NINO office, library, and foundation are grateful for Caroline’s dedication and hard work for NINO in the last two and a half years, and we look forward to start working with Willemijn.