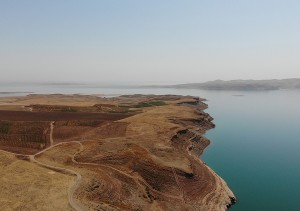 North Mesopotamia during the Roman Period

On the Edge of Empires explores the mixed culture of North Mesopotamia in the Roman period. This volatile region at the eastern edge of the Roman world became the theater of confrontation for multiple political entities: Rome, Parthia, Sasanian Persia. Roman presence is only barely recognizable through military installations – fortified cities, barracks, military camps – and yet these fascinating lands tell a story of frontier people and soldiers, of trade despite war, and daily life between the Empires. This book combines archaeological and historical, literary and environmental evidence in order to explore this important borderland between east and west.

On the Edge of Empires is a valuable addition to researchers engaged in the historical and archaeological reconstruction of the frontier areas of the Roman Empire, and a fascinating study for students and scholars of the Romans and their neighbors, borderlands in antiquity, and the history and archaeology of empires.

Rocco Palermo is a Researcher at the University of Groningen (The Netherlands). He has carried out fieldwork in Italy, Syria, Jordan, and he is currently involved in two different projects in Northern Iraq with the University of Udine (Italy) and Harvard University.

Guest speakers are Dr Lidewijde de Jong, archaeologist of the Near East in the Roman period (University of Groningen); and Dr Lucinda Dirven, lecturer in Ancient History (University of Amsterdam).