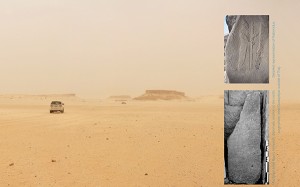 Recent archaeological and epigraphic missions to the Arabian Peninsula have revealed far-reaching cultural interactions between its inhabitants and the great civilizations of the Fertile Crescent. This workshop will gather prominent scholars on the epigraphy and archaeology of Arabia to put into perspective these interactions in an attempt to better integrate Arabia into the history of the Ancient Near East. Talks will focus on South Arabia, the Central Arabia ‘Arab tribes’, and the great oases of North Arabia, Taymā҆ and Dadān.

Ahmad Al-Jallad will also present the results of the first season of the Leiden-CNRS-SCTH Thaj Archaeological Project, the excavation of the largest pre-Islamic site in eastern Arabia.

Registration and attendance are free.
To register, email Maïta Linzel.

This symposium is organised in cooperation between

The keynote lecture is held on Thursday 15 December by Arnulf Hausleiter: The oasis of Tayma, Northwest Arabia – 6000 years of cultural contacts and exchange.