Prestigious award for “Scanning for Syria”

The European Commission and Europa Nostra have awarded a European Heritage Award to the Scanning for Syria Project. 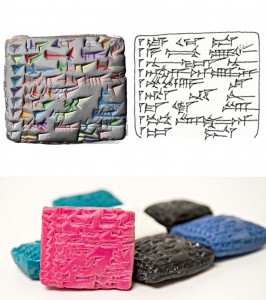 The European Commission and Europa Nostra have awarded a European Heritage Award in the category Research to the Scanning for Syria Project. The project works under the auspices of the Centre for Global Heritage and Development and was initiated by the late Dr Olivier Nieuwenhuijse.

The ongoing war in Syria has caused the destruction and loss of many archaeological artifacts, among them the cuneiform tablets excavated at Tell Sabi Abyad. Silicon moulds were made in the field, but these have a limited life expectancy. The SfS Project made high-resolution 3D scans of the silicon moulds, from which new physical replicas of the original objects could be recreated using a 3D printer. The texts on the clay tablets, dating from circa 1200 BC, are thus saved for further study.

Read more about the innovative methods used by the SfS Project and its initiatives to make the tablets and texts accessible to both scholars and non-scholars, on the European Heritage Awards website or in the press release issued by the LDE Centre for Global Heritage and Development.