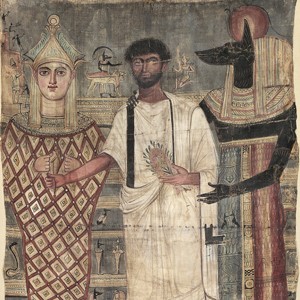 For the program of the 4th NINO Annual Meeting “Othering and Identity”, held in Utrecht on 26 January 2023, visit this page.

Othering and Identity in the Babylonian New Year Festival Texts

As part of the Late Babylonian Priestly Literature, the corpus of New Year Festival texts from Late Achaemenid and Hellenistic Babylon is in its essence concerned with identity construction. Thus, its authors used different strategies for forming a new discourse that confirmed their traditional priestly identity under foreign rule. In this talk, I will concisely present the New Year Festival texts within the context of Late Babylonian Priestly Literature. After this, I will explore the ways in which identity construction was achieved in these texts specifically, both in terms of content and of format.

The Heroic King and His Villainous Rivals: Identity and Othering in Mesopotamian Royal Propaganda

“One man’s hero is another man’s villain”, as the cliché goes. But how do we distinguish between heroes and villains? And why do we have them at all? This presentation combines theoretical and historical approaches for studying notions of heroism and villainy in ancient Mesopotamia, as reflected in royal propaganda and rhetoric. As social constructs, heroism and villainy can be viewed as conceptual mirror-images of one another. This presentation, therefore, sheds light on two parallel processes of identity-construction. It shows how, for solidifying their rule, Mesopotamian kings did not only construct their own heroic imagery, but also the dichotomous villainous imagery of their rivals. It is suggested that the villainous image of “the other” was mainly meant to emphasize the heroic image of “the self”. It is thus demonstrated how concepts of heroism and villainy reflected notions of identity, sameness and otherness in ancient Mesopotamia.

Between Hellas and Asia: Locating Self and Other in the Research Imagination of Central Eurasia

From Mesopotamia to Central Asia, regions in what we call ‘the Hellenistic East’ are often viewed, presented, and imbued with meaning as ‘places in between’. Geographically, they are part of the ancient continent of Asia while culturally, they are intricately connected to the societies of the Mediterranean world. In modern historiography they reside in the commonplace of cultural melting pots: places that fuse Eastern and Western cultures after Alexander the Great. Their material cultures are considered as embodiments of Hellenism, yet how this term is understood can greatly diverge. This paper considers scholarly perceptions of Hellenism in Bactria, Parthia, and Babylonia in the second century BCE and explores its different meanings in relation to various Others.

Lecture cancelled due to illness

The Dynamics of Indian Ocean Exchange

This paper will explore dynamic exchange processes at the root of the ancient Indian Ocean trade networks from ca. 300 BCE. By focusing on several recent archaeological case studies from Southeast India, Oman and East Africa, wider questions of identity-forming and cultural fluidity are approached from a network-oriented perspective.

The small city Dura Europos, situated on the left bank of the Euphrates in present-day Syria, is particularly well known for its religious diversity during the third century AD. Although only about one third of the ancient city was excavated, 16 religious buildings were found here, exhibiting a wide variety of cults. As a result, Dura is frequently labelled a prime example of religious tolerance from the time preceding Christian hegemony. This presentation sets out to verify this hypothesis by studying how members of different cults identified with their religious practices and how they behaved towards the adherents of other cults.

The Representations of Magicians in Christian Literary Texts from Egypt

From the time of Paul (Galatians 5.20) through to the present day, Christian authorities have forbidden their flocks to practice magic – even if the boundaries “magic” required constant negotiation and policing. Yet despite these prohibitions, magic continued to exercise a hold on the Christian imagination, both in literary texts and in the reality which these texts reflected and attempted to shape. While the representation of magic in early Christian literature, such as the Apostolic Acts, has received some scholarly attention, less has been done on the even more abundant material post-dating the council of Nicaea. This talk will present initial work on the representations of practitioners of magic in literature from the Eastern Mediterranean written in Greek and Coptic between the fourth and twelfth centuries – hagiographies, martyrdoms, miracle accounts, sermons, and apophthegms. I will identify some of the major tropes, and explore both their rhetorical deployment in particular narratives, and their relationships to the lived realities of ritual practice.

The Babylonian Chronicles and the historical sections of the Astronomical Diaries give a unique insight into the local history of the city of Babylon in the Hellenistic period (c. 480-22 BC). Apart from this, military campaigns of the reigning kings receive frequent treatment. In this presentation I will give a sketch of the new edition of these texts, the result of two NWO-projects. I will give some introduction to the genre and the principles of how to edit the documents. Some new texts will be highlighted.

The private archive of a Babylonian priestly family (Ilia A)

Babylonian clay tablets are valuable sources of information on society, economy and many more aspects of life in ancient Mesopotamia. This project, funded by the Dutch Research Council (NWO), produces the editio princeps of circa 300 (mostly unpublished) texts once belonging to the private archive of a priestly family (Ilia A) that lived in Babylonia (modern-day Iraq), during the Neo-Babylonian period (late-seventh-late-fourth century BCE). This research makes available several new data on diverse features of period, paying special attention to the micro-history of the family which serves as a mirror reflecting the broader socio-economic and political landscape of Babylonia.

The Medes were among the most prominent ethnic groups within the Achaemenid Empire, ranking just below the Persians and dominating much of the Northern and Central Zagros. But they were not always this prominent. In Neo-Assyrian Royal Inscriptions, the Medes appear as a marginal group, as newcomers and outsiders in the Zagros, living among the native populations in the region and fragmented into dozens of tribes. What role did the Medes play in the Late Iron Age Zagros and how did they rise to prominence? That will be the topic of this lightning session.

Rituals in Space: Reconstructing Funerary Rituals through Gifts and Bones

This presentation will introduce my PhD research on the funerary rituals of Roman Pisidia and Coastal Lebanon. This project will utilize legacy datasets of tomb contexts found in situ to view the various behaviors that took place within and around the tombs of these regions. It will seek to address questions surrounding how the inhabitants addressed decay, the personhood of the deceased, and treatment of the body in instances of reuse. Similarly, it will investigate how the spatial arrangement of grave goods contribute to an understanding of individual/communal commemorative practices.

Encoffined Bodies: on the role of decorated sarcophagi in funerary customs of Coastal Lebanon during the Roman period

This paper introduces a new PhD project investigating the functionality of sarcophagi from Roman-period Lebanon within funerary customs and ritual activity. Through an examination of their material and visual elements I investigate how the sarcophagi memorialised the dead, (re-)formulated identity and relationships, and reflect ideologies. Exploring how such elements (iconography, inscriptions, shape, size, material, colour, etc.) interacted with each other and viewers is key to reconstructing the lived experience of the funerary context. Site and regional comparisons will shine light on localised consumption. Additionally, this project seeks to re-evaluate the socio-cultural development of Lebanon within the context of the Roman Empire.